A Closer Look at Earthquake Risk in Washington State

Have you tried the new WSRB Earthquake Risks Tool? We launched it to help you better understand multiple earthquake-related property damage risk factors. It goes beyond distance to fault line and includes lahar presence, susceptibility to soil liquefaction, and more.

To give you additional insight into the Earthquake Risks Tool and how it can help you evaluate potential property damage, we spoke with seismologist Bill Steele, who serves as Director of outreach and information services & Washington ShakeAlert Regional Coordinator for the University of Washington, Pacific Northwest Seismic Network. 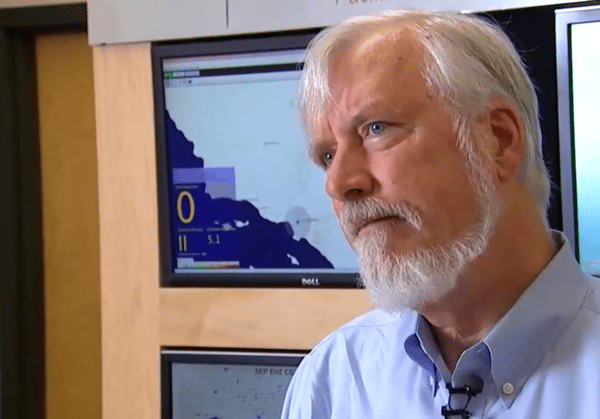 In this interview, Steele shares his expertise and insights into Washington state’s earthquake risk  as well as the risk factors included in the tool.

Steele: Historically, we’ve seen large quakes here but with long recurrence rates — that is, long periods between them. That makes quakes difficult to predict. But, we have enough evidence coming together to say that if we look at the Puget Sound area as a whole, there’s about a 15% to 16% probability of a 6.5 or greater magnitude earthquake in the next 50 years. That’s an estimate from the United States Geological Survey (USGS). The USGS is in the process of updating its estimates to incorporate recent data. The estimated probability will likely be higher when that new estimate is released, but we don’t know how much higher.

WSRB: What are some of the unique characteristics of Washington state that relate to earthquake property risk?

With faults that deep, we can’t image the faults themselves, but historically earthquakes that have happened under the North, Central, and Southern Puget Sound region have been large enough to cause damage. The USGS estimates there is an 83% chance of a magnitude 6.5 or larger quake from this region in the next 50 years.

We’re different from California in the sense that we couldn’t specifically map many faults until the last 20 years. In California, faults are very clear and near the surface and even break the surface. Here, our faults tend to be buried under glacial material or hidden in forests. In the last 20 years, scientists have uncovered 15 to 20 faults and studied them. The data is incomplete but still useful as a tool. For example, if you’re right on the Seattle fault, you do face greater earthquake risk than somewhere in Eastern Washington far from a fault. 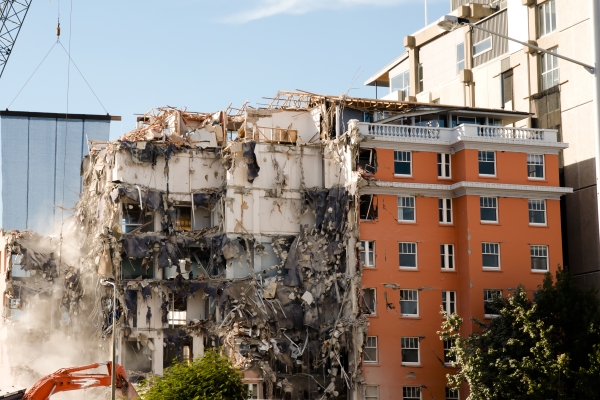 Property damage caused by earthquakes relates to a number of different factors,
not just distance to fault line. This building was damaged in a 2011 earthquake
in Christchurch, New Zealand.

Related:
BCEGS: How it Can Help You Make Better Underwriting Decisions

WSRB: What would you like property insurance professionals to know about earthquake risk in Washington state?

Steele: One thing to consider and factor into underwriting is that a lot of our commercial properties are built in basins. If a quake occurs within the Cascadia Subduction Zone, located off the coast and stretching from Northern Vancouver Island in Canada to Cape Mendocino in California, those basins will strongly amplify ground shaking.

Ground shaking will vary based on where an earthquake starts and how the fault ruptures. Civil engineering simulations done here at the University of Washington show that basin amplification means a much higher risk of building collapse than our building codes and standard building designs accounted for. As a result, property damage from a Cascadia quake could be higher than originally expected.

In the case of any quake in Seattle, buildings constructed before 1990 or so may have additional problems of joints and welds failing. The age of a building and the code it was designed under are useful factors for understanding the risk of damage the building would suffer.

A major improvement in the code came in 1975 in Washington state with the adoption of provisions of the Uniform Building Code that ushered in major changes in how reinforced concrete structures are built. Numerous other improvements have been made over the years as engineers learned from the performance of buildings in earthquakes around the globe.

WSRB: Let’s talk about some of the risk factors included in the Earthquake Risks tool. Tell us about the Modified Mercalli Intensity scale (MMI).

Steele: Earthquake magnitude, which is how we often talk about earthquakes, is the same no matter where you are in relation to the earthquake’s epicenter. It is a measurement of the energy released by the earthquake. Intensity varies based on how far away you are. So if a magnitude 9 earthquake strikes Japan, and you’re here in Washington state, the intensity would be I, “not felt” on the MMI, while parts of Japan may experience MMI VIII, “severe,” or stronger effects.

The MMI can vary from neighborhood to neighborhood. The ShakeAlert Earthquake Early Warning System, a joint project of the USGS, California Office of Emergency Services, the University of Washington, UC Berkeley, Caltech, and other organizations, produces ground motion prediction maps as earthquakes unfold or seconds following a fault rupture. This allows warnings to be issued before strong shaking arrives in most areas.

WSRB note: The Earthquake Risks tool provides a predicted, estimated MMI for each location in Washington state based on data from the USGS and seismological research.

WSRB: Tell us about lahar presence. When is it relevant to earthquake-related property damage?

Steele: It’s a factor if the building is in a debris flow valley off of a volcano. If you are considering insuring a structure in Puyallup or Orting or Concrete, for example, lahars are risks to consider. The building needs to be in a place where a flood carrying rocks, trees, and debris could overrun the property. With rare exceptions, you have to be fairly close to a volcano for that. The USGS Cascade Volcano Observatory has produced lahar hazard maps for the volcanic systems in the Cascades.


WSRB: How does susceptibility to soil liquefaction relate to the potential for earthquake property damage?

Steele: If the soil liquefies, you may see differential settlement.  As a result, your building may no longer be level, and you may have a compromised foundation. In that case, buildings typically have to be destroyed.

In Christchurch, New Zealand, the city turned a large area of developed land into a park because it wasn’t possible to reduce liquefaction susceptibility enough to enable the land to permit cost-effective development.

There are now wonderful advancements and solutions to many geotechnical hazards. Mitigating the potential effects of liquefaction costs money, but proper design can prevent the need to tear down and rebuild after liquefaction occurs. For example, buildings can be designed to float on top of the liquefied soil or anchored to stiff, stable soil beneath the liquefiable layers. If the soil does liquefy, the building may be cut off from its utilities but can be hooked back up later on.

Building-soil connections are very important. Nowadays, when designing a tall structure, the requirement is to drill all the way down to the deep stiff soil so that liquefaction is unlikely to affect the building much. But older buildings weren’t designed for that.

Find out more about the earthquake-related property risks affecting any property in Washington state. Login and try the new Earthquake Risks Tool today.