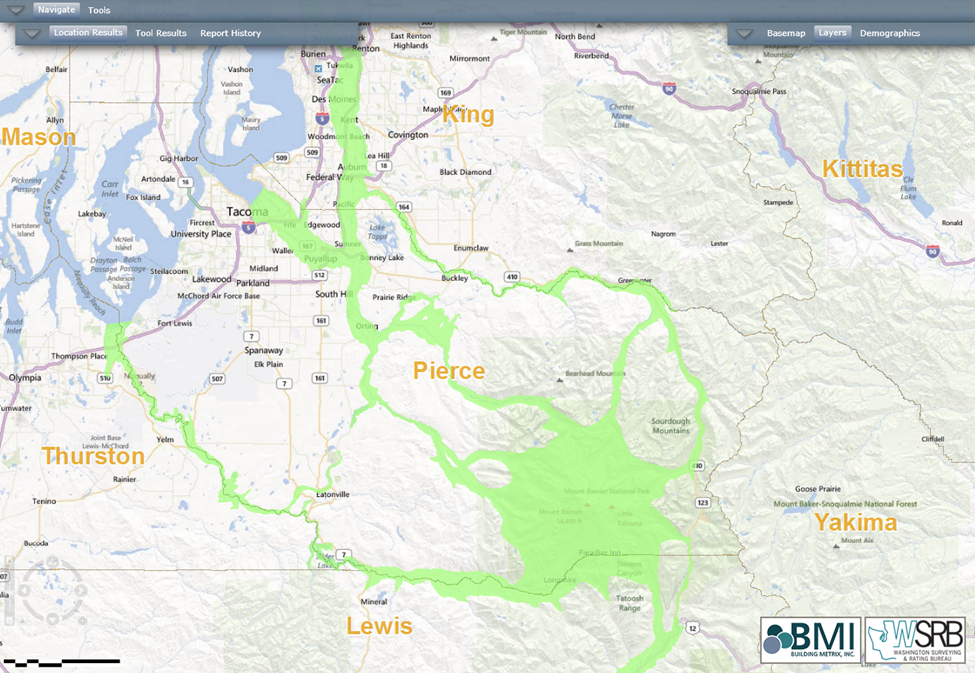 Should Your Insurance Cover Lahars?

You might never have heard the term "lahar," but if you work in property insurance, it's a good idea to become familiar with it. Lahar is a type of mudflow that poses a major threat in the central part of Washington state and in many other surrounding states and even across the world. A lahar tends to look similar to giant moving flows of concrete.

Lahars, as we tend to think of them, are generally caused by the melting of snow and/or glaciers after a volcanic eruption. The heat of the eruption melts snow; the resulting water mixes with soil, rocks and other debris to create a huge mudflow. Lahars can also occur without an eruption2 and can be caused by melting snow and glaciers during a particularly warm season or heavy rainfall on muddy slopes. Or, they can be caused by an earthquake.

And they can cover huge swaths of land. For example, the Osceola Lahar occurred about 5,600 years ago, after an eruption from Mount Rainier. Deposits from this outflow have been recorded as far away as the city of Seattle and covered an area of approximately 212 square miles.

A lahar from Mt. Rainier could be 100 feet thick or more and travel at speeds close to 25 miles per hour. With approximately 80,000 people, their homes and their business structures in the path of a potential Mt. Rainier lahar,4 the danger is real. As an insurance agent, it’s important to know if your customer’s home or business is in the path of one of these mudflows and if that property is properly insured.

Scientists predict that it’s been around 500 years since the last Mt. Rainier lahar, and that we may be in a window of another event occurring. The United States Geological Survey also estimates that Washington state has a high hazard of experiencing an earthquake within the next 50 years5 — making now an especially good time to know as much as you can about the risks you insure.

You can quickly and easily determine whether a location in Washington state could be affected by a lahar. Just enter an address or latitude-longitude into our new Earthquake Risks Tool, which you can access by logging in to WSRB.com. For detailed instructions on how to use the tool, click here.

Wildfire Hazard Potential: What It Means and How You Can Use It