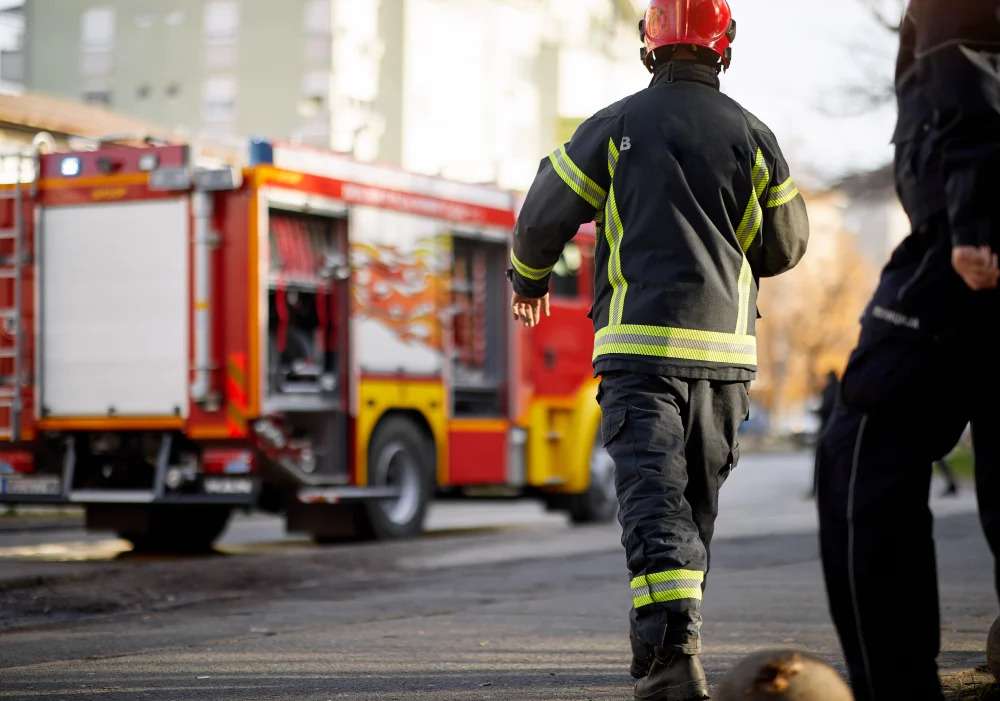 Cannabis growers, retailers and processors pose special risks to not only insurance companies but also firefighters, and a recent incident in Port Angeles illustrates how legal marijuana operations have the potential to cause fires, explosions and property damage and even endanger lives.

On the evening of June 25, 2021, a passerby noticed smoke coming from an unlabeled business that sat at the end of a building, next to a boutique. The business and boutique were part of a one-story addition to a two-story building that housed other businesses and at least one residence.

Firefighters from Clallam 2 Fire Rescue responded immediately, and when they arrived at the building, the windows had already cracked but weren’t yet broken. A firefighter forced open the front door of the business. No one was inside, but something very dangerous was.

“There were three one-hundred-pound butane containers illegally stored inside,” said Jake Patterson, chief of Clallam 2 Fire Rescue. “They're supposed to be stored outside.”

Many cannabis processors use butane as a solvent to extract THC from marijuana and make hash oil, which is in turn used in edibles and vaping products.1 Butane is volatile and can cause explosions when not handled with extreme care. Indeed, several explosions and fires have occurred throughout the country at cannabis extraction facilities, many involving butane.2

When Patterson’s team arrived, the fire had burned up most of the available oxygen inside the business, which slowed the fire’s spread. After quickly assessing the situation, the firefighters doused the fire, which further controlled the flames.

Had the fire burned for a few more minutes, it would likely have broken out the front windows, allowing oxygen to rush into the area and fuel the fire, Patterson said.

“Then, the fire could have spread, and if the heat had built up, it would have caused the pressure inside the butane containers to grow and grow until they finally ruptured,” he said. “If those containers had blown, the explosion would have leveled the building.”

The firefighters’ swift response helped prevent this severe damage, but the fire still totaled two rooms and spread smoke and heat damage throughout the structure.

For Patterson, the incident highlights a key point for insurers: “It’s not necessarily just what you're insuring – but what else is nearby and what it’s attached to,” he said. 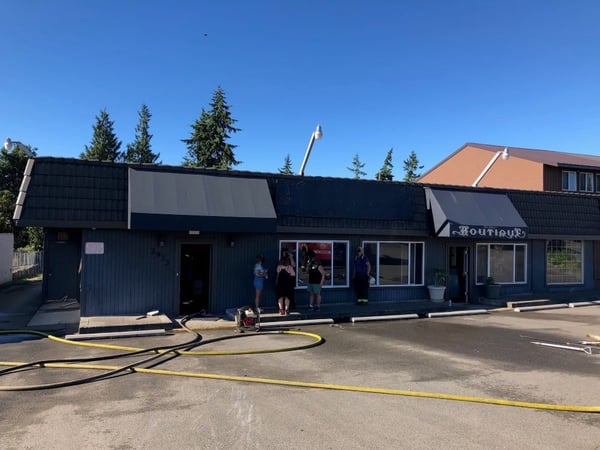 The fire at the cannabis processing facility caused heat and smoke damage throughout the structure.
Photo courtesy of Jake Patterson, Chief of Clallam 2 Fire Rescue.

And those incidents can become very costly. One insurer had insured a large commercial property that, at the time of application didn’t house any marijuana-related businesses. However, later, one of the occupants changed, and the new tenant began growing marijuana. Soon after, a fire ignited in that occupant’s facility and caused enough damage to make the building a total loss. The insurance company faced a claim of more than $1 million.

The way this marijuana grower ended up in the insurer’s book of business is common: a business applies for insurance while engaging in operations unrelated to cannabis, and later the business switches to growing, processing or retailing cannabis without notifying its insurance agent. Here’s the other common way cannabis businesses end up in insurers’ books: the cannabis business applies for insurance, but the underwriter doesn’t have access to the right information that would flag the business as being cannabis related.

Over time, the amount of property risk in your book can reach great heights. One insurer discovered that it had more than $50 million in total insured value in cannabis-related businesses in just one state.

Once a cannabis business is in your book of business, identifying it is difficult and time consuming. An underwriter or other team member would need to scrutinize every policy individually and compare it to a validated external data source.

How insurers can quickly understand their cannabis property risk

The good news is there’s a faster, easier way to identify the cannabis businesses in your book of business, one that also addresses the proximity risk that Patterson described: Cannabis Check. If you’re a WSRB Subscriber, access to Cannabis Check data for Washington state is included in your subscription. Simply contact us to learn more. Through our subsidiary, BuildingMetrix, you can get data for all states where adult-use marijuana is legal, for an affordable additional cost.

Explore our case studies to learn how other insurance companies have leveraged Cannabis Check data to substantially reduce the risk in their books of business. Contact us today to access Cannabis Check data for Washington state and the other states where you do business.

Loss Costs: What They Are and How They Make Your Job Easier

May 18, 2021 |
5 min read
Previous Story
← Embers, Wind and Fire: A Dangerous Mix
Next Story
Wildfires: A Resource Guide for Insurance Companies and Agents →