The Mystery of the Missing 13th Floor

This Friday is the 13th, so we've updated one of our most popular blog posts. Read on to learn more about why so many buildings don't have a 13th floor.

Throughout history, the number 13 is associated with bad luck and a sense of impending doom. There’s even a term for extreme fear of the number: triskaidekaphobia — which if you try to say that out loud, it might be unlucky for your tongue. 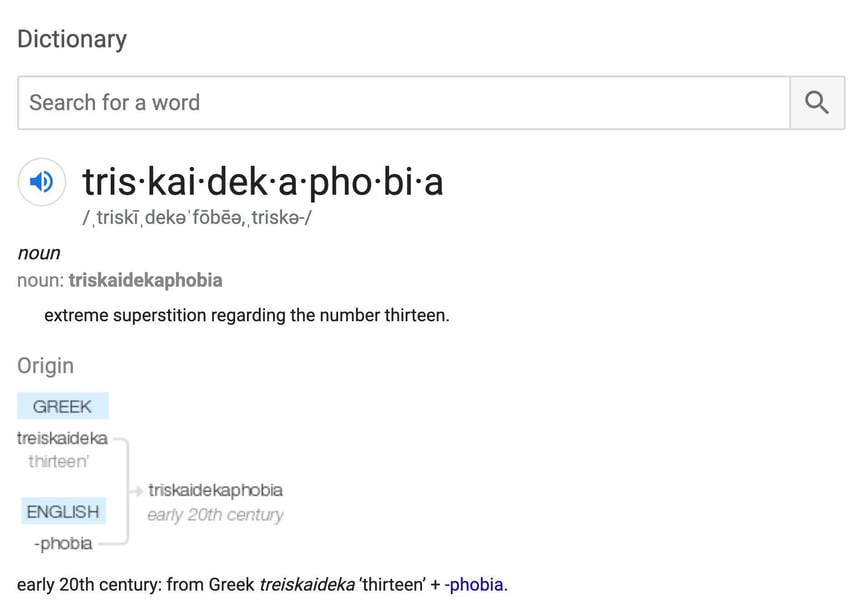 In honor of the upcoming Friday the 13th, we’re taking a look at the mystery of the missing 13th floor. The majority of buildings don’t have one, and this post will explore the reasons why.

Coincidentally, there is a connection between insurance and the 13th floor, but not in terms of risk. The first skyscraper — the Home Insurance Building, constructed in Chicago in 1885 — was built as the regional headquarters for an insurance company and did not have a 13th floor.

Lest you think the superstition has died down since then, consider this. Across the street from the WSRB office, a 38-story hotel and condominium building recently opened, and, like the Chicago Home Insurance Building, this new tower also lacks a 13th floor. 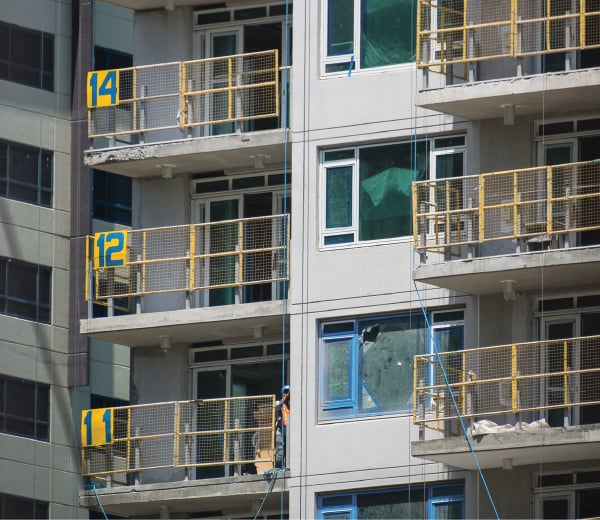 Many skyscrapers are built without a 13th floor, primarily due to superstition.

Since the introduction of modern skyscrapers, owners have continued to worry about superstitious tenants refusing to inhabit that “unlucky” floor. The Otis Elevator Company reports that 80 to 90% of the elevators it has installed in skyscrapers and large hotels do not have a 13th floor button. The lack of a 13th floor is especially common in residential buildings. Perhaps people don't mind spending 40 hours a week working on the 13th floor, but they consider sleeping, eating and playing there too much.

Taking the elevator to the 13th floor makes some people feel worried, so builders come up with alternatives like floor 12A.

On the flip side, the iconic Empire State Building does have a 13th floor. Triskaidekaphobic tenants aside, for 40 years it stood as the tallest building in the world (1931–1972). And it held the record longer than any of the other eight buildings that held it during the last century.

Where did a fear of the number 13 begin? Nobody knows for sure, but it’s an ancient phenomenon.

At the Last Supper, Judas was the 13th guest. In Norse mythology, Loki crashed a banquet of a dozen gods. As the 13th partygoer, he caused a celestial uproar when he killed one of these divine guests with a poison arrow. In many old stories, three might be a crowd, but 13 turns tragic.

Of course, we all remember Apollo "Failure is not an option" 13. Not the most successful lunar mission.

In the past, you could even turn superstition about the number 13 into an occupation. A 1977 article in the New York Times entitled “13th Floor, Anyone?” explains:

An aversion to 13 at the table became entrenched in the modern world, particularly in France, where if 13 guests somehow ended up on an invitation list a 14th was hurriedly pressed into service. Some Frenchmen — known as quatorzes — earned a living by attending dinner parties to sit in the 14th chair.

However, 13 isn’t all bad. Taylor Swift was born on December 13th and considers 13 her lucky number. If you get a baker’s dozen at the bagel or donut shop, that 13th one is still pretty tasty.

Back to the Home Insurance Building. It turns out the owner wasn’t superstitious after all. The reason it didn’t have a 13th floor was because it was only 10 stories high. Even after an addition in 1890, its maximum height was only 12 stories.

With that story, this post comes to an end. Here’s wishing you a safe, lucky and claims-free Friday, September 13th.

December 18, 2019 |
4 min read
Previous Story
← To Get the Right Data, Start in the Right Place: ZIP Code Accuracy
Next Story
If Fire Strikes, Make Every Second Count: Access to Hydrants →