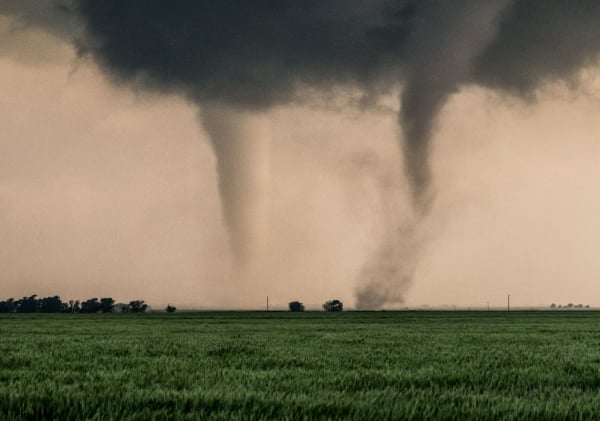 Tornadoes in Washington: How Common Are They?

After a tornado ripped through Port Orchard, Washington in December 2018, the question on people’s minds was how common are tornadoes in the Pacific Northwest. We did some research and found some interesting stats.

The National Weather Service reports1 that Washington state averages 2.5 tornadoes per year, which ranks in the bottom ten states. Most are weak ones rated EF-1 or lower, like the one that occurred in Monroe in March of 2017. (We explain EF-1 and other tornado ratings below.) December tornadoes are rare in Washington; the few that do occur mostly hit in the spring, with fall a distant second.2

The Port Orchard tornado was an EF-2. The storm lasted approximately 5 minutes with wind speeds ranging from 120 to 130 miles per hour.3 The only other storm to hit the Puget Sound in December greater than an EF-2 was in 1969 near Kent and Des Moines, Washington.

There have been only about a dozen EF-2s in the state since 1954,4 most occurring in Eastern Washington. The worst year was in 1972, when an EF-3 storm killed six people and injured over 300 near Vancouver, Washington. On the same day, an EF-3 tornado struck in Lincoln County. 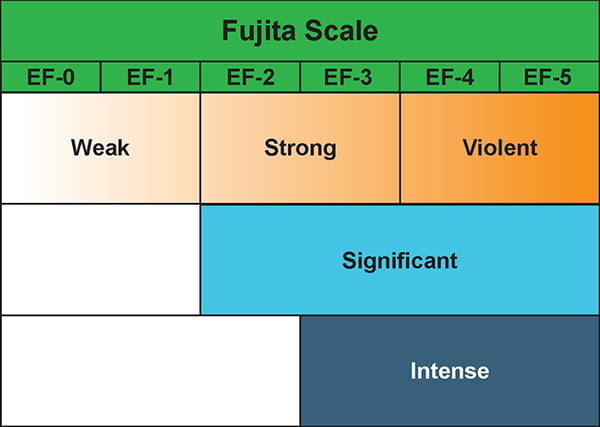 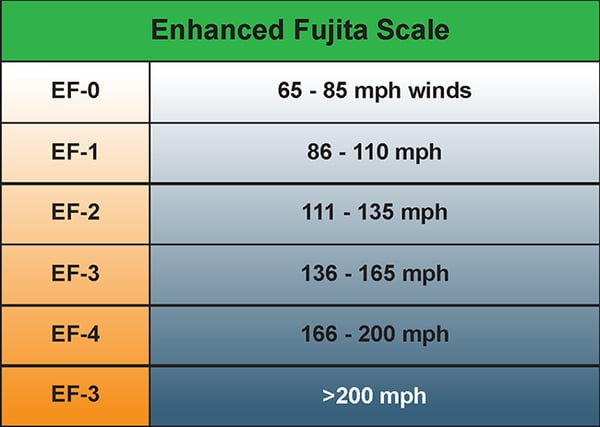 Tornadoes are certainly not common in the Northwest, so there are many questions surrounding this natural phenomena.

Here are some interesting tornado facts:

There are many myths about tornadoes. Let’s look at a few and bust them.

Myth: Tornadoes do not strike near rivers or large bodies of water.

Rivers, lakes and other bodies of water will not protect you from a tornado. Tornadoes can form over these bodies of water, and when they do they are called waterspouts.

Myth: Mountains protect you from a tornado.

Tornadoes have been reported on mountains as high as 12,000 feet, and a tornado can travel up a mountain for at least 3,000 feet. So, no, a mountain will not protect you from a tornado.

Obviously this is a myth since the Port Orchard tornado was in December. While unusual, tornadoes can occur in the winter. Tornadoes that occur between December and February tend to be more dangerous because they statistically move faster than those during the traditional tornado season. Tornadoes require two elements to form: instability and wind shear. Instability refers to warm and humid conditions in the lower atmosphere and cooler than typical conditions in the upper atmosphere. Wind shear is a combination of changing wind direction and increasing wind speed.

Myth: Tornadoes only cause damage when they touch down.

This myth is particularly dangerous because it means some people fail to seek cover. Violent winds and flying debris can be just as deadly as the actual tornado.

Myth: A stone or brick building will offer protection.

Maybe, but these types of structures may be hit with enough force to reduce them to a pile of rubble. The best thing to do is seek shelter in the lowest floor of a building, preferably under an I-beam or staircase, regardless of the type of building.

Washington residents do not have to deal with tornadoes on a regular basis, but the surprise tornado in Port Orchard raised questions about tornadoes and how homeowners insurance might cover the risk.

Our friends at the NW Insurance Council advise consumers to check with their agent regarding tornado and other windstorm coverage, which is typically part of a standard homeowner insurance policy in states like Washington.

Residents in parts of the country considered high risk for tornadoes or high wind damage may have limits on their wind coverage or higher deductibles. Coastal properties are most susceptible to damage from excess wind, and with $5.8 trillion worth of coastal homes at risk, proper coverage in those areas is critical.

A Useful Tool to Help You Underwrite Tornado Risk

It is actually common for tornadoes to follow similar pathways, hence the term tornado alley. Understanding past tornado pathways, also known as tracts, can provide valuable insight into a risk’s exposure to this peril. PropertyEDGE provides data for the United States on tornado tracks. Simply go to the Weather Layer and click on Tornadoes and Tornado Tracks.