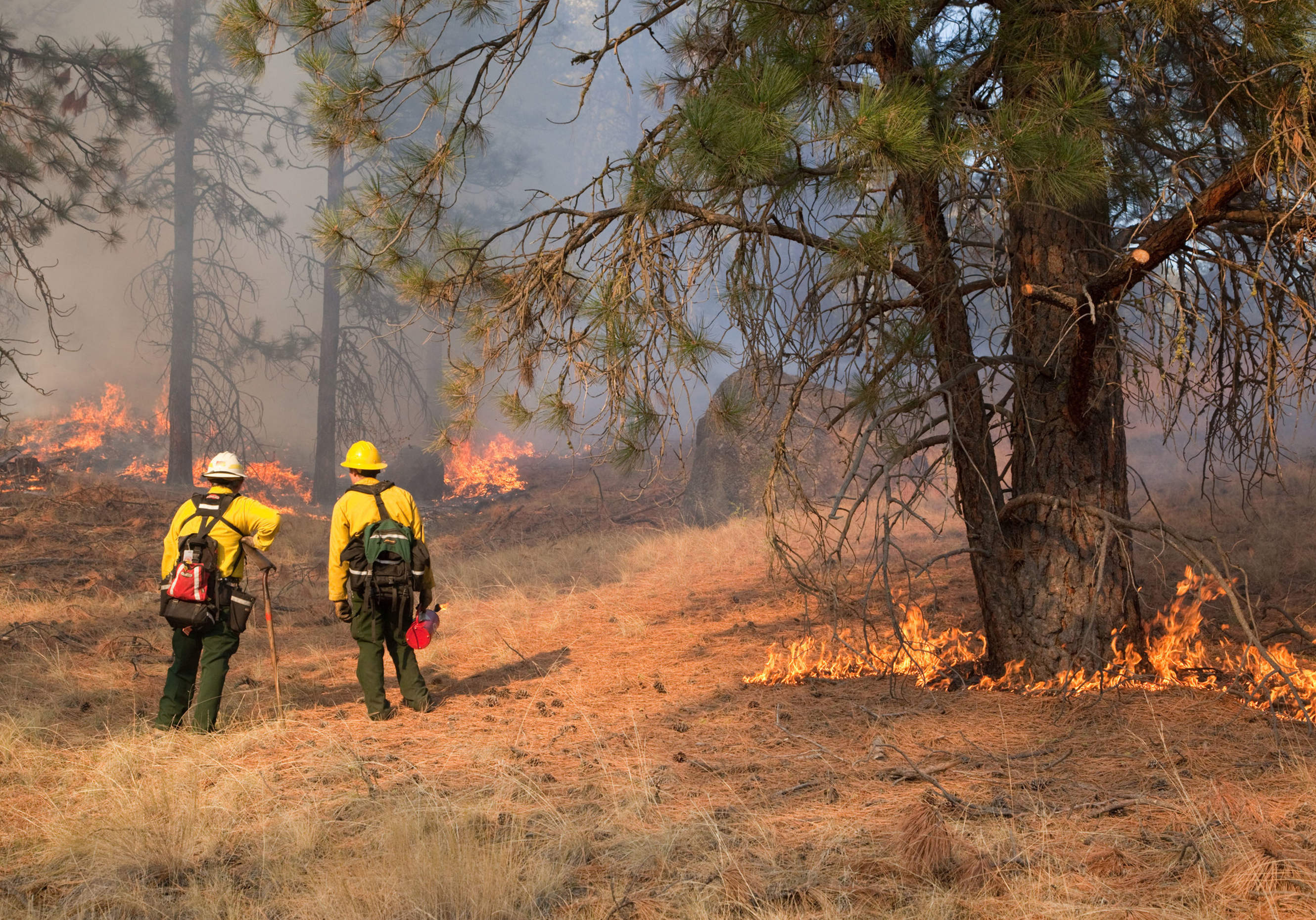 For decades, we’ve learned how important it is to do everything possible to prevent forest fires. So, the idea that some fires help control forest fires might seem puzzling. But it’s true. Prescribed burns, also called prescribed fires and controlled burns, help improve forest health and reduce the risk of large, catastrophic wildfires.

To understand the value of prescribed burns, let’s go back in time.

More than a century ago, a series of huge forest fires along with the desire to protect commercial timber supplies led to the goal of total fire suppression — that is, to prevent forest fires from starting and to put out any fire that did start as quickly as possible.1 Over time, new firefighting methods emerged to support the goal, including airplanes and fire suppression chemicals.2

Total fire suppression remained the U.S. Forest Service’s goal until the early 1970s, by which time scientific research had shown fires were an important part of forest ecosystems. The service began letting naturally occurring fires burn when and where appropriate.3 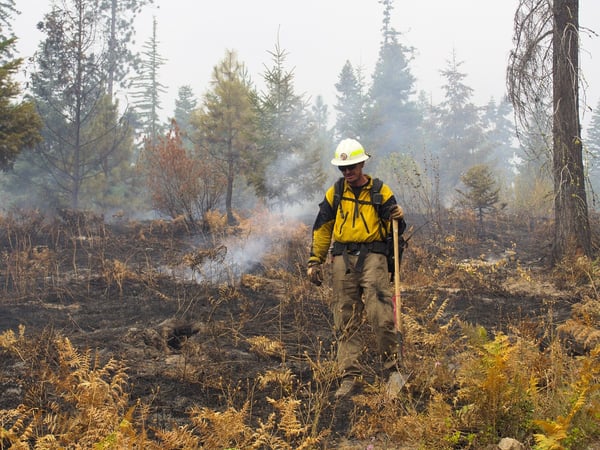 A firefighter working with the Washington DNR monitors a controlled burn.

Even with the policy change, most fires were suppressed over the last hundred years, leading to a counterintuitive result: a higher risk of intense wildfire. How’s that possible?

Fire is a natural, regenerative part of a forest ecosystem. It kills insects that prey on trees and clears out underbrush, such as grass and fallen leaves, needles and cones.4 Underbrush is a major fuel source for fires, and when it isn’t cleared by fire or another mechanism, it accumulates.

Fire also thins the forest. Trees need moisture and nutrients from the soil. When forests grow too dense and there are too many trees too close together, some trees won’t get enough. The undernourished trees are smaller, weaker and drier than larger, more mature trees. They become fuel similar to underbrush.

If a fire starts in a dense forest with decades of underbrush accumulation, the fire is more likely to ignite large, mature trees, especially when those trees are dry due to drought. Fire climbing tall trees can “crown” or move from the top of one tree to another,5 meaning the fire is spreading not just on the forest floor but also above it. Soon, the fire is burning so intensely that it becomes difficult to control. 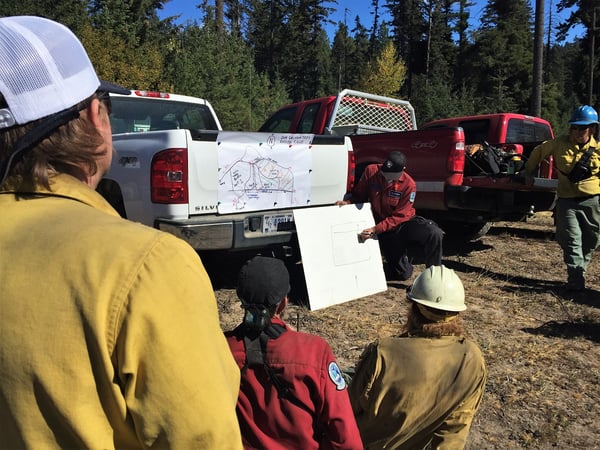 What prescribed burns do — and don't do

Prescribed burns are not the same as wildfires, and the point of a prescribed fire is not to burn down all the trees in a forest. Instead, the fire burns the underbrush and small trees, reducing fuel accumulation.

Prescribed burns only happen after extensive planning. Strict borders are set up surrounding the area to be burned. Firefighters monitor the borders and put out any fire that breaks through. Prescribed fires are only set under specific conditions that make controlling the fire possible, such as when winds are calm, temperatures are cool and humidity levels are moderate or high. Under these conditions, large trees contain enough moisture to resist fire. Here in Washington state, most prescribed burns take place in the fall, before forests become too wet, and in the spring, before they become too dry.

After a controlled burn, the risk of intense wildfire in the treated area falls, especially for the following fire season. If a fire does start in a treated area, large trees are less likely to ignite, making the fire easier to fight; in some cases, the fire may go out naturally.6

But prescribed fire is not a once-and-done project. Over time, underbrush grows back, needles and leaves accumulate, and the risk of intense fire rises.

In fact, you may see more prescribed burns in Washington state, especially in the central and eastern regions, as part of Department of Natural Resources (DNR) programs to improve forest health. Last month, the DNR co-sponsored a training on prescribed burns for fire professionals. The photos in this post come from previous similar events. For a look at where some prescribed fires have burned, visit this link.

Prescribed burns can reduce the occurrence of intense wildfires, but we all still need to do what we can to prevent wildfires. The vast majority of wildfires — 85% in Washington state — are caused by people.7 So, everything you learned about preventing forest fires still applies today.

For a refresher on what you can do, the DNR publishes prevention tips.

May 6, 2022 |
3 min read
Previous Story
← Digging Into Our History Books
Next Story
If Fire Strikes, Make Every Second Count: Access to Your Business →